Lida Sherafatmand a prominent female artist whose unique artworks are taking place in the international art scene, choose our country to live and work in. Besides of doing art, Lida is humanitarian who is helping the patients who are batteling with cancer. Her artworks take part of many auctions in need for research funds. As she felt in love with the nature of Macedonia, Lida decided to move here. We are very happy to have such a wonderful lady artist to work and share her skills with us. Her initiative project in Struga for clearer environment bring people close to the nature so they can take more care of the whole human existence. Knowing the fact that making art is transformative process that transmutes the pain into something beautiful, as a result of constant interaction with the nature our beautiful Lida is creating divine works. Lida is a warm, loving person and I have to say I’m thrilled that I have this opportunity to talk with her.

First of all I wanted to thank you for accepting my invitation to tell us something about you. My intention is to celebrate the female artist who are working in various mediums, so I’m honoured to interview you a significant person like yourself. It is well known that for centuries in Art history women have been observed and painted, and they have been excluded from deserved recognition as the creators of beauty.

-How in you opinion has art an influence on gender role in a modern society.

That is a topic which has been much on my mind and heart as a female professional. I think when art creation expresses a female aspect  that is an affirmation of that gender presence and also its role. Coming from Iran, I saw how the regime there does not allow a woman’s softness to be out there in public, nor was that female softness valued as the ‘power’ of the female. I believe a woman does not have to become a man, to be equal to a man in status; let’s say by talking like a man, putting on muscles like a man, dress like a man, etc. Just as I respect a flower for its delicacy, a tree for its endurance, a stone for its long life span, I respect a female for her feminine qualities and a man for his masculine qualities. Of course after a certain level of soul evolvement we all are genderless at the same time, but on a more society level I think it is important to honour different qualities for what they are on an equal status. Besides what I saw in Iran, later on as a practising artist on the international scene I have also been seeing the struggles of female artists in the international art market. I see a good number of prominent leading female artists who openly declare on the media that they do not want to become mothers for example, because they say that would stop them from creating art. Even Georgia O’Keeffe had declared that back early 20th century. I think the dilemma of working mothers in any profession is the same as for full-time female artists. I certainly do not see my art creation in any way incompatible with motherhood and family. In fact even on a larger scale of society sometimes I feel like a ‘mother spider’ trying to saw the different parts of society (local or international) together, out of the sincere affection I feel inside me to bring the community together, like a mother does in a family. This is not to say all females should be creating art works in line with gendered expression, but personally I have been creating much of my art works with a female presence because I felt there was a need for it in our current world.

I saw there is a need to affirm the soft presence of femininity. I am able to appreciate and value the masculine immensely when I manage to appreciate and value my femininity. These two expressions are complementary and bring balance and health when in harmony with each other. We will be able to declare our society ‘emancipated’ when we can value a woman for her womanly qualities and not expect her to turn into a man to be ‘equal’ to a man. I am not saying a woman should not dress like a man, or put on muscles, that is all fine, humans are free to live the lifestyle they like, but what is problematic in my eyes is when a woman does those things in order to be respected and taken equal as a man.. she should not need to do those things to be respected and taken seriously.

I had one of the best moments of my life, when in 2014 I could sit on a panel discussion at the London School of Economics and Political Science, together with a war ship commander from British Defence Ministry. I was there as flower painter, a female artist, dressed as I like with delicate dress and nice clips in my hair. My words and presentation talk were taken seriously and discussion was done on an equal level as the war ship commander, a male. That for me was an epitome of emancipation, where I could be respected and taken seriously as a male counterpart while remaining myself as a female.

I have not had the privilege to become a mother yet, but I already know that if one day I become a mother, it will only contribute further to the development of my art creation, it will definitely not stop me from being an artist. Nature provides women with multi-tasking capacities, there must a good use for that. Nature has provided men also with wonderful capacities, and they are beautifully complementary to each other.

-Can you please give us a brief overview what has the most influence on your decision to became an artist.

In a way this decision was almost a ‘ready made’ one in me I think since very early childhood. I created my first drawing when I was 3 years old. That is when my birth city Khorramshahr in the south of Iran got destroyed in war. I wanted to paint my visions to make people happy by seeing other sides of reality besides the war. By the time I was 21 though I became familiar with the Sisters of Charity of Mother Teresa. I saw how they were making a difference in people’s lives by practical direct help. So I thought I can make a better world if I become a Sister of Charity. But while I was about to decide firmly to join the order, I saw Mother Teresa several times in my dreams telling me that I should serve through my art not through becoming a nun. After a period of contemplation I took that advice of serving with my art. And here I am today still in the same path, a fulltime painter.

-You are co-founder of so called florescemism art together with Milko Nestoroski. Tell us something more about this interesting technique.

I met Milko in March 2019, he was introduced to me as a local artist from Struga. I can say from the very first exchange our concepts of art creation, vision in art, outlook on the world and society resonated so well that it was an inevitable result to join forces. He is also one of the very very rare artists I have come across in my whole life who is not trapped inside self-centeredness and an ego blinder. That lack of ego and self-centredness for me allows an artist to create not only for himself but also for others as a contribution to society. By march 2020 the Covid pandemic hit the world, as you know the lockdown started. The crisis during this period provided an impetus to provide a vision for facing the challenge. In our eyes the problems highlighted by the pandemic were already there, they just came more accentuated; such as separation from nature, lack of enough community spirit, exploitation of natural resources, etc. By June we put together our manifesto text by integrating Milko’s final diploma essay and my previous essay from 2016. We added also some more indications from the new fields of knowledge in energy medicine, energy psychology and neuro-science.

Our technique has to do with creation method and visual characteristics which tend to evoke inspiration towards life. Our imageries also attempt to bring closer the inner worlds, structures and existence, with the outer world structures.

-You have exhibited your artworks internationally. Would it be possible to choose any highlights in your career?

I would say the first highlight for me was in 2002 at the United Nations Headquarters in Geneva, where I had a solo exhibition coinciding with World Civil Society Forum. That is where I got dubbed as ‘painter for human rights’. The first decade of my painting journey was focused on human rights concepts. Then I shifted deeper into human nature. So my second exhibition highlight was in 2013 at the Nicholas Roerich Family Institute and Museum in St Petersburg, as I started a travelling exhibition called “Internal Worlds External Relations”. I presented that exhibition in the form of a power point presentation with a talk at many universities afterwards: London School of Economics and Political Science, Harvard University, Amsterdam University, Tor Vergata University of Rome, University of Malta, among others. Then I have also taken part in many international art fairs in Paris, Monaco, Tokyo and others. But I guess the most recent highlights are the two stamps which were issued from my paintings, one in China, and one in Liechtenstein. A stamp commemoration is sure a crystalisation for which I am most grateful. And the two paintings on these stamps are actually two of the ones that I created here in Struga.

>BRING ART INTO YOUR LIFE<

➠➠➠  Find out more about Lida art in link below 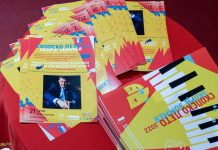 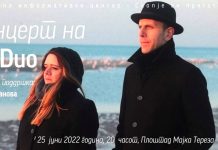 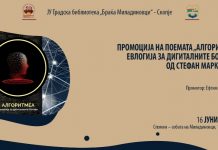 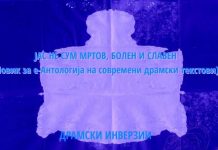 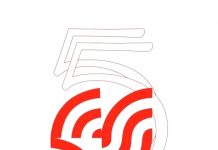 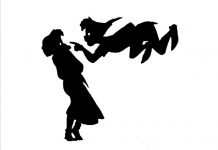 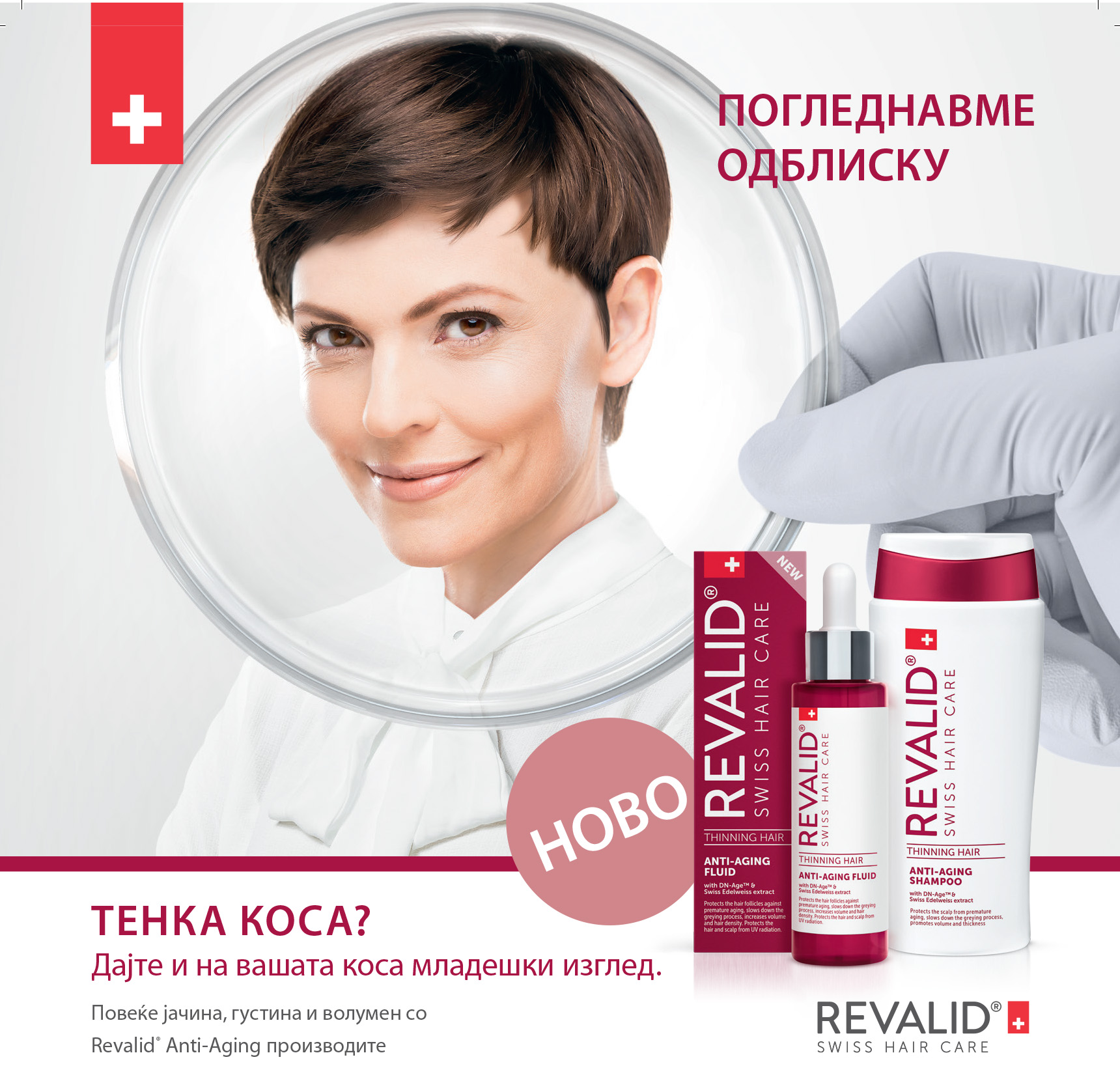